One of the Last Gunslingers

Today we present a photo showing the Vought F-8 Crusader, known as 'The Last Gunfighter' on account of being the last US fighter to be equipped with guns as its main armament. The example shown here is an F-8J, BuNo. 149154 of VF-194, the Red Lightnings, about to launch from USS Oriskany (CVA-34). VF-194 was embarked aboard Oriskany as part of Carrier Air Wing 19 on a Vietnam combat cruise that ran from April to November of 1969.

VF-194 and its sister squadron, VF-191, were the last two US Navy fighter squadrons to fly the F-8, trading in their Gunfighters for Phantoms in 1976 before being disestablished two years later, in March of 1978. 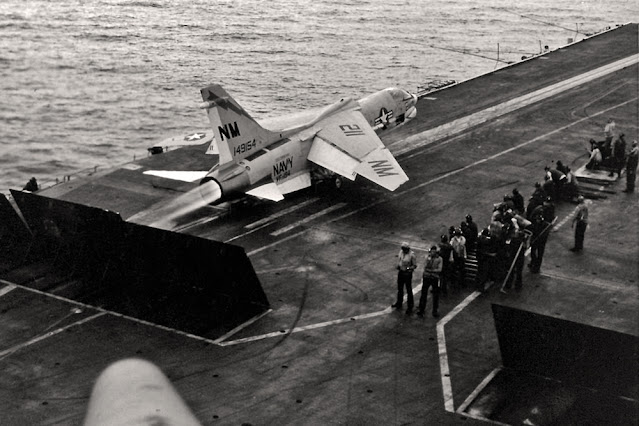