Today on 'TWW' we bring you a plug for a couple'a your blogmeister's other cyber-rags...

'BuffaloWingz' is all about things with wings in Buffalo and the Western New York area. If you don't believe me, just take a looksee fer'yerself. Here's one example of some of the kind of stuff you can expect to find there, 'tis a Bell P-39F Airacobra. 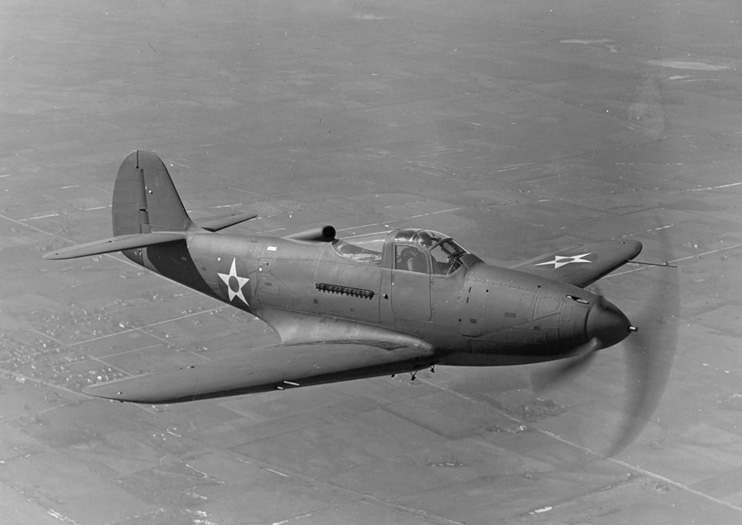 The other cyber-rag to which we'd like to draw your attention is 'Stringbags', which takes you back to the second decade of the 20th century... to the time of the 'Great War'. If wood and cloth is your thing, take a gander. Here's a peek at what you can find there... 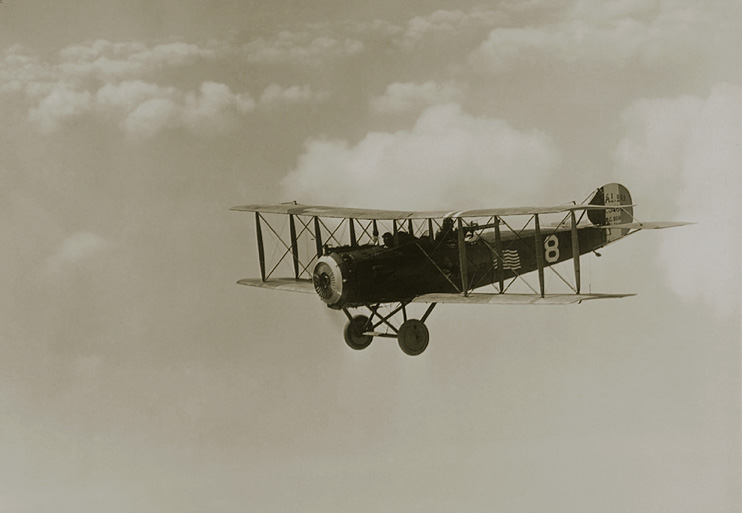 Your blogmeister also has another cyber-rag that he tinkers with now and again. Like this-here-blog-yer-readin-now, there's not much to see there... yet. But slowly it shall expand. Unlike 'TWW' and the two other blogs we've plugged here today, this blog is not primarily aviation oriented. It's just a collection of some of your blogmeister's other favorite things, as well as stuff that's simply caught his eye. Oh, and if you're one of those stick-stuck-you-know-where types, and can't stand to see pikshurs of scantily-clad (or non-clad) gals, don't look, as there is some of that to be seen with more on the way. Enter the world of 'Mass Confusion'...

Incoherent rambling by Hawk914 at 1:20 PM No comments:

Every now and again your blogmeister is a lazy SOB. Okay, so it's a bit more often than every now and again... oh, hoodaheck are we trying to kid? It's pretty much every day. Point is, sometimes he draws a total blank as to what should be included in this-here cyber-rag, as well as the others he puts together, and simply goes-a-wandering-aimlessy through the archives, eyes half-closed, randomly clicking his mouse, or flipping pages, and picks the first thing that comes along. After discarding the first half-dozen or so things that come along, he usually ends up with something that's somewhat satisfactory and posts it without any further fanfare. 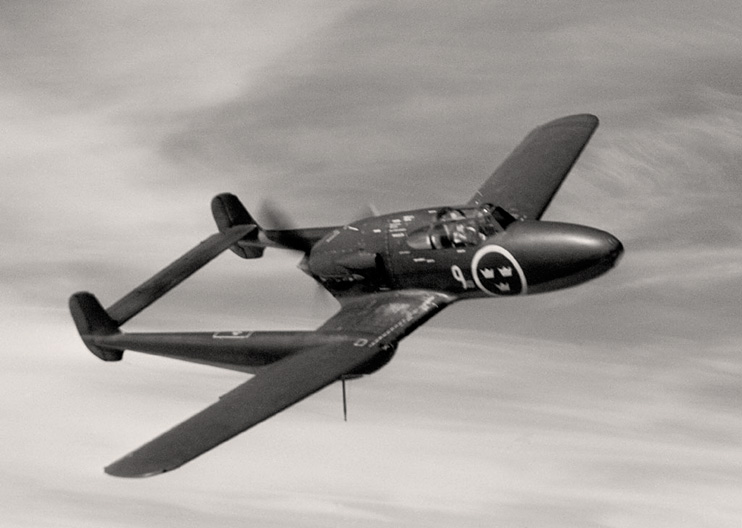 Incoherent rambling by Hawk914 at 5:40 PM No comments:

Your blogmeister has a thing for the Grumman F-14 Tomcat. It's one of his favorite things with wings... second only to a certain Curtiss product from the late 1930s and 1940s, as a matter of fact. And while he has plenty of other outlets to express his interest in the latter, he has rarely expressed his affinity for the former in recent years... so ya'll should expect to see alotta Toms here on this cyber-rag.

Anyhoo, this super-groovy shot of an F-14A+ from VF-103 'Sluggers', waiting its turn to refuel from a USAF KC-135, was taken on February 4th, 1991 during Operation Desert Storm. 'Clubleaf 210' is armed with two AIM-9 Sidewinders and at least two AIM-7 Sparrows. 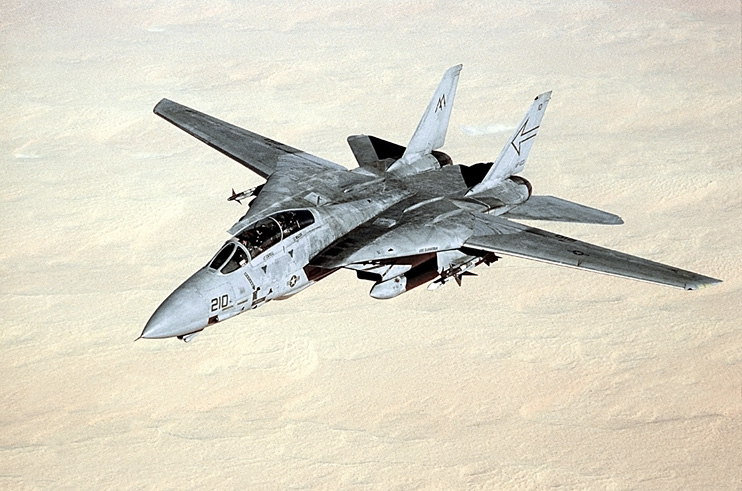 
A mere couple'a years after this particular show, the great purge was initiated, and F-14 outfits began to disappear from the fleet. Among them the legendary VF-84 'Jolly Rogers', which was disestablished in 1995. The 'Sluggers' became victims of the purge as well, though in a different way... VF-103 sacrificed its own heritage to pick up the iconic black flag adorned with skull and crossbones, and thus became VF-103 'Jolly Rogers'.

The 'Jolly Rogers' persist to this day, albeit re-designated as VFA-103 and equipped with the 'Super Bug'. The true U.S. Navy Fighter Squadron is a thing of the past, along with its final color-bearer. And your blogmeister's grasp of things logical ensures his understanding of why this came to be... but his stronger sentimentality prompts him to give less than a rat's posterior...

He'd rather see Tomcats flying from the U.S. Navy's flattops.

Incoherent rambling by Hawk914 at 4:27 PM No comments:

This is a rather serene view of a 23rd Bombardment Squadron B-52 leaving contrails in a cloudy sky. 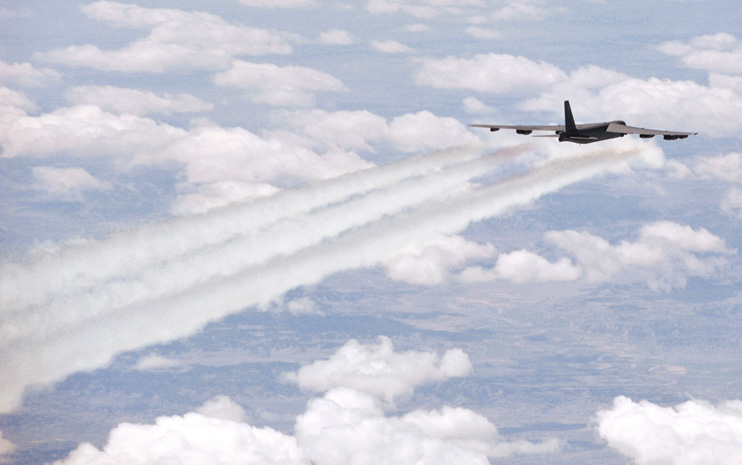 
We can hear the chem-trail crowd now, "Oh noes! There droppin' chemz and were all effected!!" Personally, your blogmeister thinks that someone's been dropping chemz in their coffee, but they have a right to spout off and demonstrate their moronosity.

So ugly, only a Mother could love it...

Your webmaster thinks he's just come up with the first recurring theme for this-here cyber-rag. There's been alotta different types of things with wings to take flight over the past one-hundred-plus years, and not all of them have been 'purty.

The Hawker-Siddeley Buccaneer must surely rank up there among the least attractive of the ugly ducklings. Yet, as with many aesthetically-deficient types, it does possess its own strange beauty... 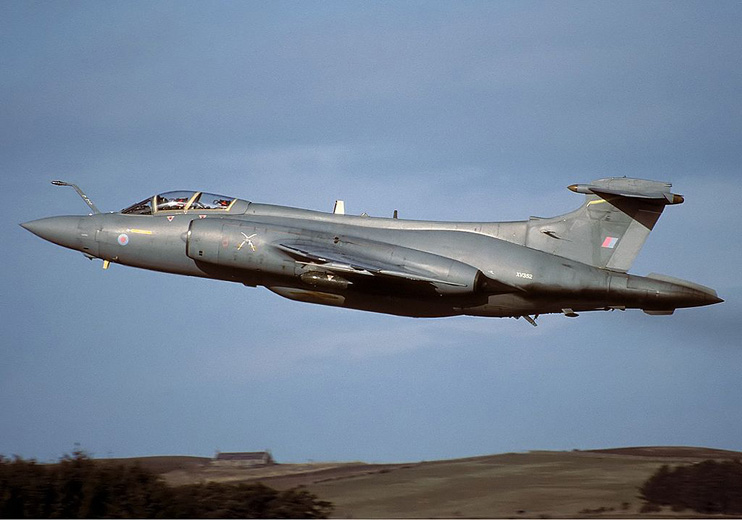 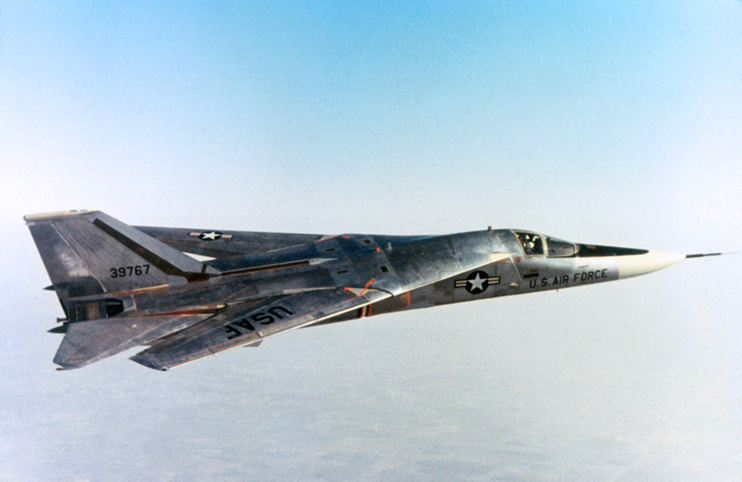 
This F-111A, serial number 63-9767, was apparently used as an engine/intake testbed during development of the type. She survives today as part of the NMUSAF collection, but is currently on loan to the Chanute Air Museum.

Incoherent rambling by Hawk914 at 8:45 PM No comments:

The Avia B-534 was among the last of the biplane fighters, and was apparently the last of its breed to down an enemy aircraft in aerial combat, albeit in late 1944! More on that is planned for a future installment of this cyber-rag... but, for now, enjoy this shot of a few B-534s being constructed in the Avia factory, circa 1938, possibly not too long before the 'partition' of Czechoslovakia... 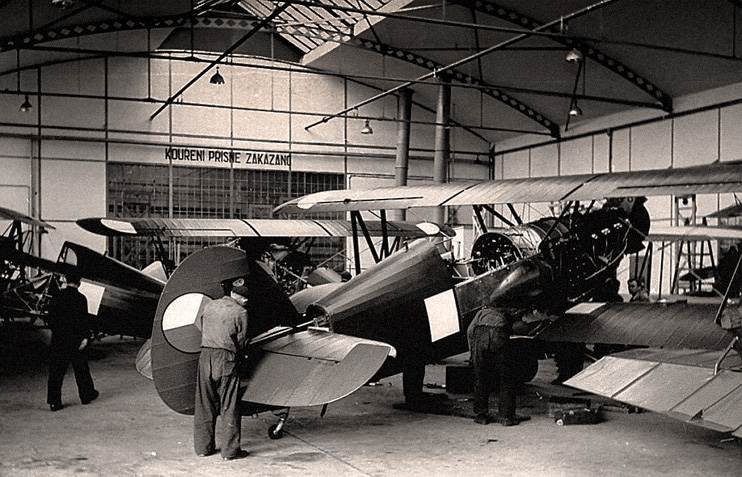 Your blogmeister digs black airplanes... and he also has a thing for nocturnal aerial activities... so you'll probably be seeing a good number of photos showing black-painted birds and/or nightfighters here in the future...

IWM caption for this photo:

"Hawker Hurricane Mark Is (Z4204 H nearest) of 'B' Flight, No. 30 Squadron RAF, lined up at Idku, Egypt, while operating in the night fighter role for the air defence of Alexandria." 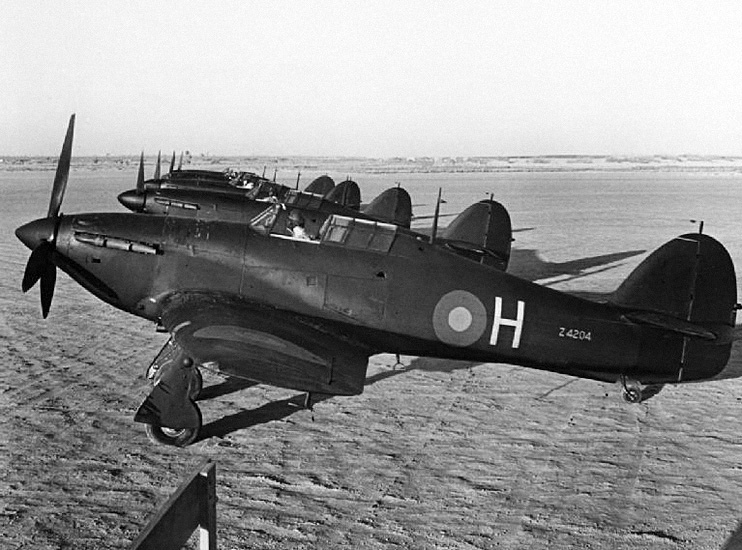 Incoherent rambling by Hawk914 at 8:06 AM No comments:

Today we bring you a groovy shot of your blogmeister's most-favorite-est Korean War-era jet...

This here is a Grumman F9F-2 Panther named 'Papasan', the skipper's jet from VF-71, flying past Task Force 77 on August 1st, 1952 during operations against North Korean targets. On this cruise, which began in May of 1952 and ended in January of 1953, VF-71 flew from the USS Bon Homme Richard as part of  Carrier Air Group Seven. 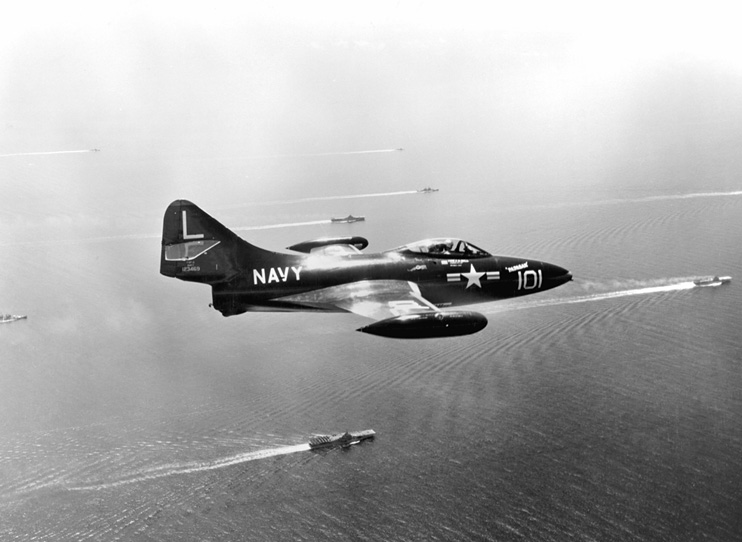 Incoherent rambling by Hawk914 at 1:03 PM No comments:

Tonight's post is a good example of why your blogmeister created this-here less-than-specific aviation cyber-rag. For the last more than a little while he has been focused primarily on the birds of the Second World War and, to a lesser extent, those of the 'Great War' of some twenty years earlier... as well as many from in between those two conflicts. And all of his web-projects have reflected this focus, leaving little room to express a healthy interest in military aircraft of other eras. Matter of fact, one might think that all your blogmeister cares about is old props...

Even if he doesn't know a helluvalot about them... and all he knows about the jet in this photo below is that it's a Mikoyan-Gurevich MiG-23MLD 'Flogger-K'.

To your blogmeister, this particular type, more than any other, embodies the Russkie side of the Cold War. While growing up, he would often daydream of dogfights between US and Soviet fighters, and more often than not, a MiG-23 was the bad guy. And it usually looked something like this... 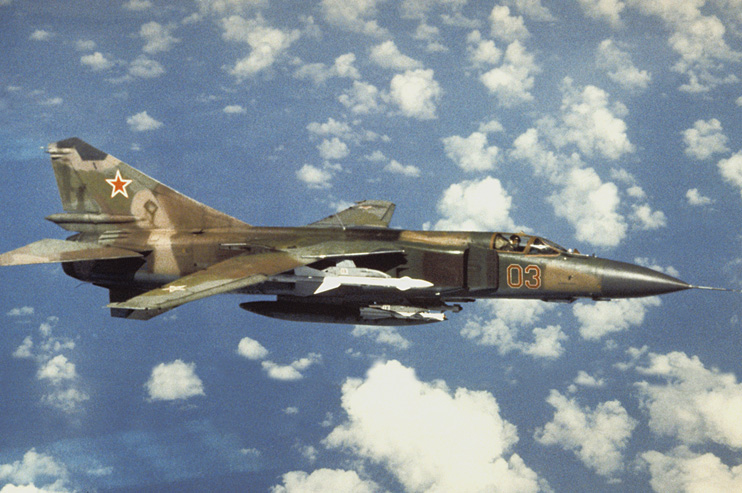 Incoherent rambling by Hawk914 at 8:52 PM No comments:

During the Second World War, the U.S.A. supplied its allies with war materiel through a program called Lend-Lease. The idea was to give our friends the weapons to wage war against the bad guys, and then, once the baddies were vanquished, our friends would return our toys to us. In actuality, relatively little was given back.

Today we bring you a photo which shows two types of aircraft supplied to China... in the foreground is a Republic P-43 Lancer, with a few Vultee P-66 Vanguards in the background. Both types were quite obsolete and rejected for front-line use by the USAAF and RAF. But the U.S.A. was more than happy to unload its rejects onto the Chinese, who were more than glad to get their hands on whatever was available. 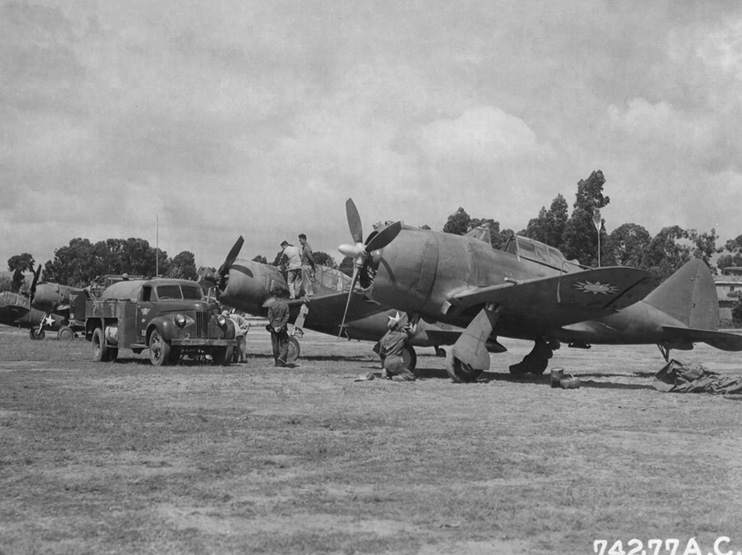 Incoherent rambling by Hawk914 at 9:18 AM No comments: