Another Blue Blasters Bantam Bomber and a Mach Buster

In our last installment we shared a photo that showed A4D-1 BuNo. 139965 from VA-34, the Blue Blasters, while she was deployed to the Mediterranean as part of CVG-3 aboard the USS Saratoga during 1958.


When this first shot was taken 9966 was also assigned to VA-34, just like her slightly older sister... and probably during the same general time period. 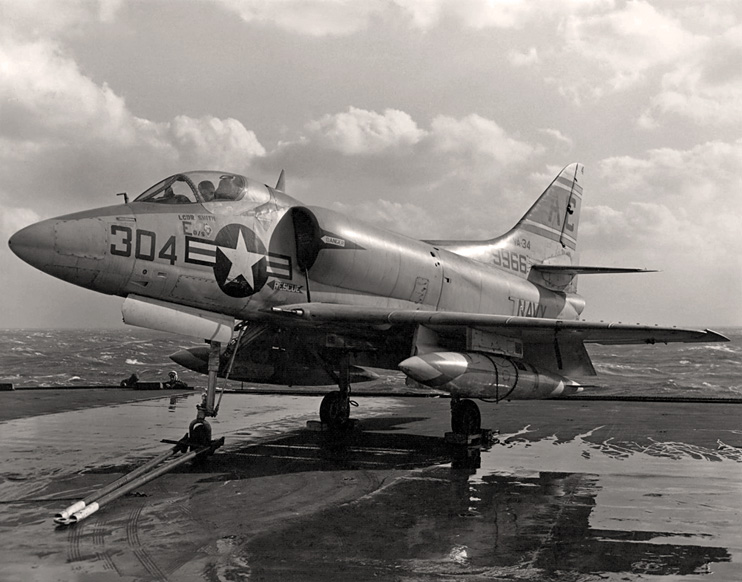 
As mentioned in our last installment, that 1958 Med cruise was the first for VA-34 after equipping with the Skyhawk. And while the Blue Blasters would go on to make eight more cruises with the A-4, 9966 would not accompany them... that first cruise with VA-34 was also her last.

In early 1959, February 24th we believe, A4D-1 139966 was transferred to VF-21 (then known as the 'Mach Busters') which would be re-designated as VA-43 roughly five months later, on July 1st, 1959. Based at NAS Oceana, VA-43 (and earlier, VF-21) was a RAG unit tasked with training aircrew and ground personnel to fly and maintain the Skyhawk. The following is an excerpt from the VF/VA-43 page on a4skyhawk.org that further describes VA-43's mission:

The squadron's mission was fleet replacement air group (RAG) training. The mission involved A-4 Skyhawk flight training for pilots and maintenance training for enlisted personnel. Under this concept, pilots and enlisted personnel ordered to East Coast fleet Skyhawk squadrons completed the course of instruction provided by VA-43 before reporting to their assigned fleet squadrons. 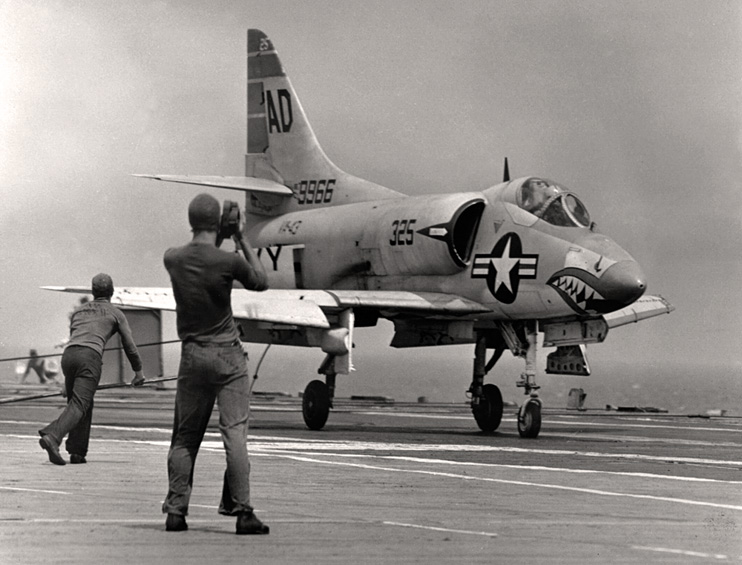 
On June 29th, 1960, 9966 was transferred again... this time to NART Los Alamitos in California. In 1961 she was transferred yet again... twice... first to NART Oakland, CA on February 17th, then, after the the US Navy left Oakland, to NARTU Alameda, CA on July 14th. She was stricken from inventory on February 28th, 1963... one source we've come across indicates that there was some sort of accident, but we have no details as to what actually happened.