Today we bring you a super-groovy photo of a Messerschmitt Bf 110C of ZG76 out for a jaunt over the English Channel in August of 1940... 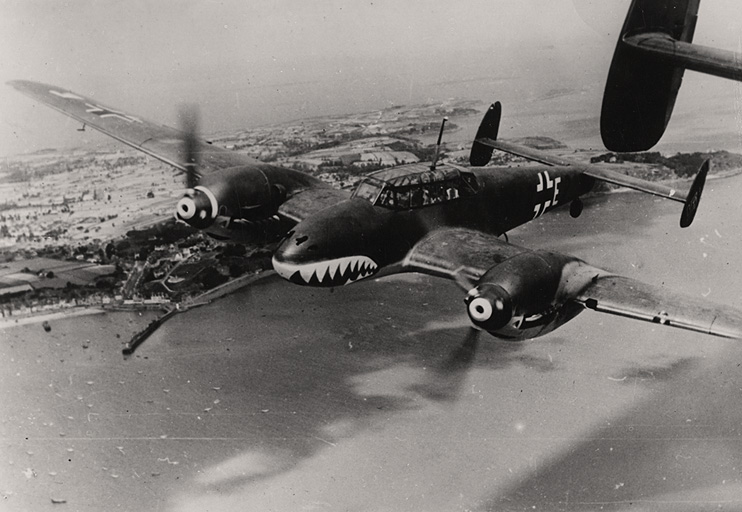 Incoherent rambling by Hawk914 at 4:23 PM No comments:

For today's quickie on 'TWW' we present the Douglas O-2MC. A member of the Douglas O-2/O-38 family, the O-2MC was exported to China during the 1930s and used as a scout and light bomber in China's war with Japan. 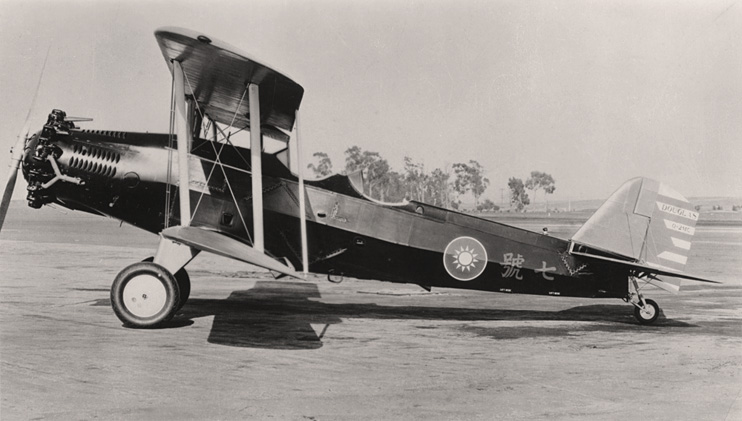 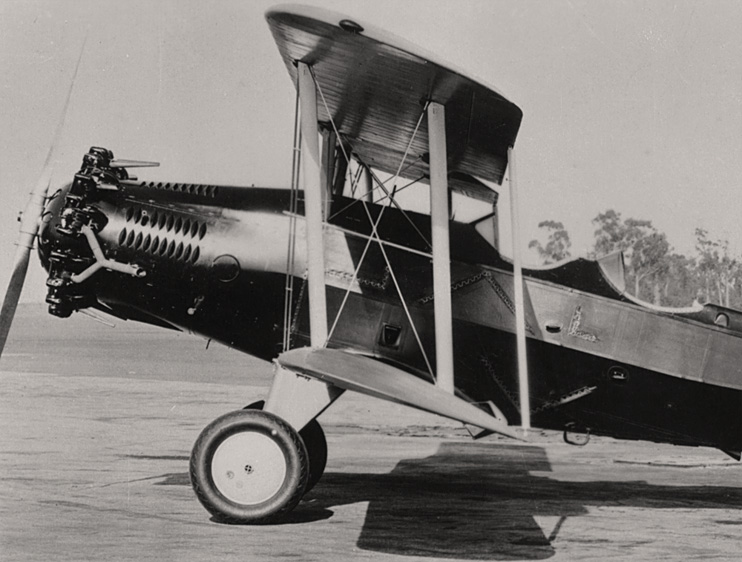 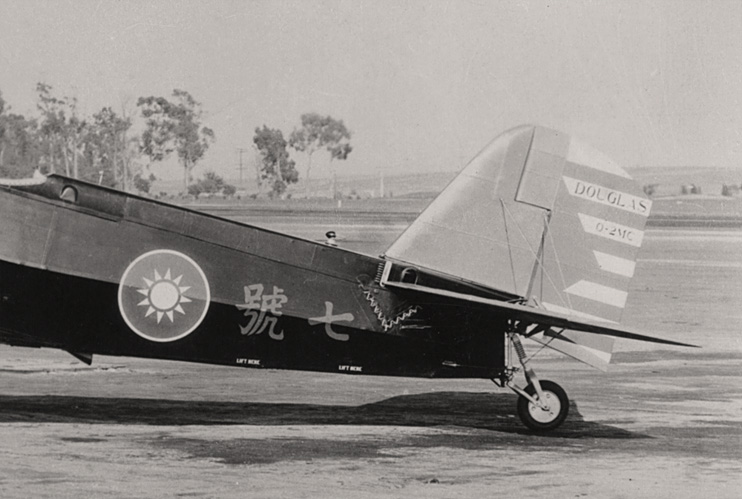 Here's the latest installment of 'so ugly, only a mother could love it'... and it's a doozy... the Fairey Gannet.

The Gannet was a British design, developed as a carrier-borne anti-submarine aircraft in the years immediately following the Second World War. It was later used in the air-early-warning role as well. The type served primarily with four countries... Britain, Australia, Germany, and Indonesia.

The Gannet pictured here was one of six modified by the Brits to serve as 'CODs'.

'COD' stands for 'carrier onboard delivery', which basically means 'lugging the mail'.

Anyhoo, this Gannet COD.4 was photographed at Northolt in September of 1970. 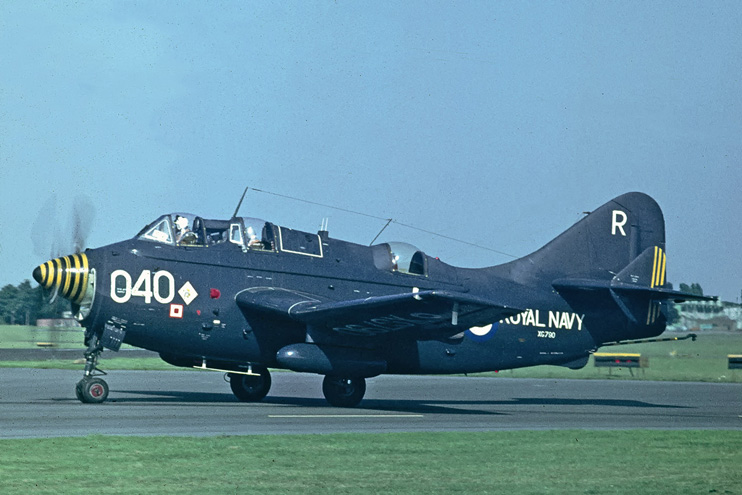 Today on 'TWW' we have a quickie for ya'll... a somewhat dramatic shot of a VF-32 Tomcat launching from the USS 'Give 'Em Hell' Harry Truman.

Here's the official US Navy caption for this photo:

"Persian Gulf (Jan. 24, 2005) - An F-14B Tomcat from the "Swordsmen" of Fighter Squadron Three Two (VF-32) climbs to altitude after being launched off the flight deck of the Nimitz-class aircraft carrier USS Harry S. Truman (CVN 75). Carrier Air Wing Three (CVW-3) is embarked aboard Harry S. Truman and is providing close air support and conducting intelligence, surveillance and reconnaissance missions over Iraq. The Truman Carrier Strike Group and CVW-3 are on a regularly scheduled deployment in support of the Global War on Terrorism." 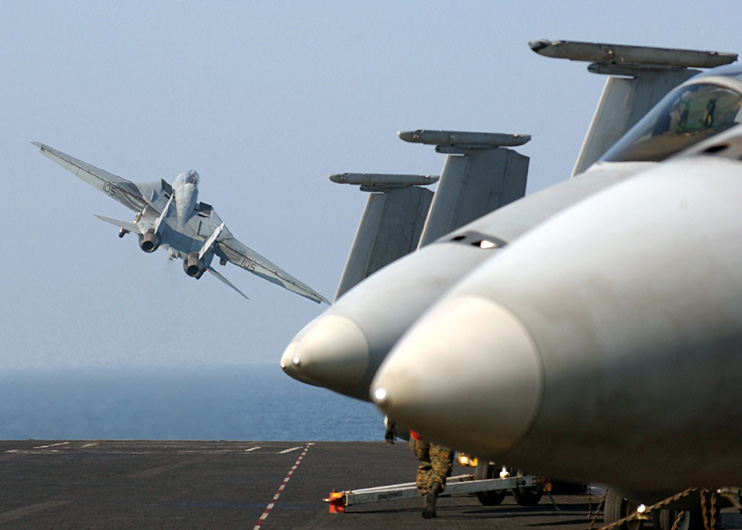 In today's quickie we bring you another of the blogmeister's favorite birds... the Northrop F-5. Though he's a bit more partial to the F-5E/F 'Tiger', he digs the earlier F-5A/B 'Freedom Fighter' just the same.

Here's a sweet profile view of an F-5A from 336 Squadron, Royal Norwegian Air Force, at RAF Bentwaters on May 9th, 1969. 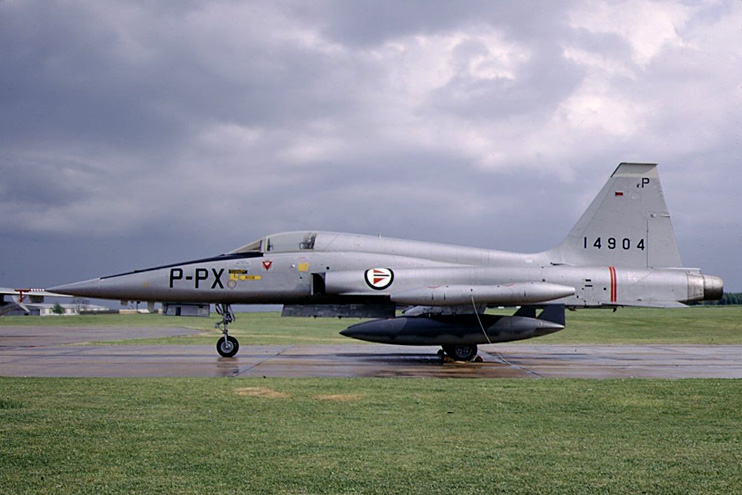 
One'a the crew on this test hop of the XR-4 must'a forgot his lunch that morning.  No problem... they just swung by the house to pick it up from the missus. 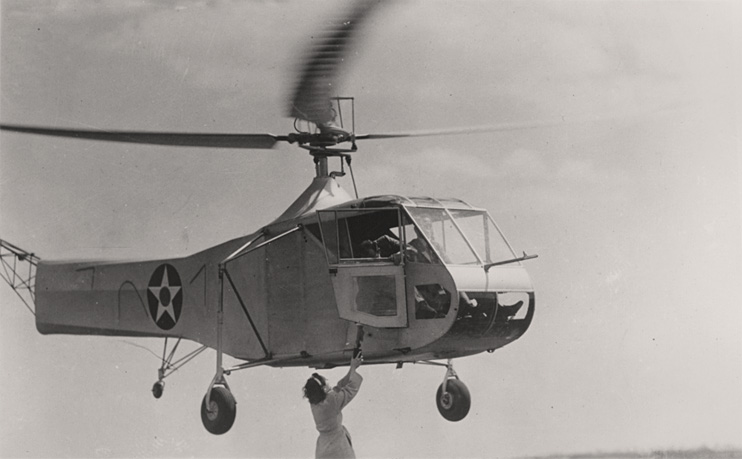 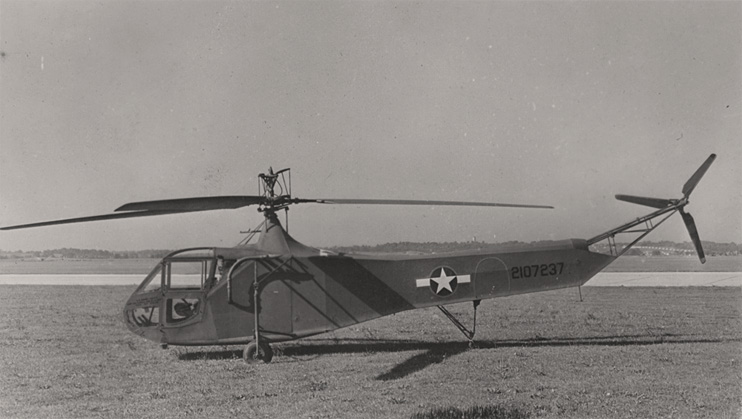