Your blogmeister really digs the Ilyushin Il-2 Sturmovik... so here's a less-than-high-quality but pretty dang groovy photo showing four of these bad-ass birds cruising over what is said to be Berlin, presumably in 1945. 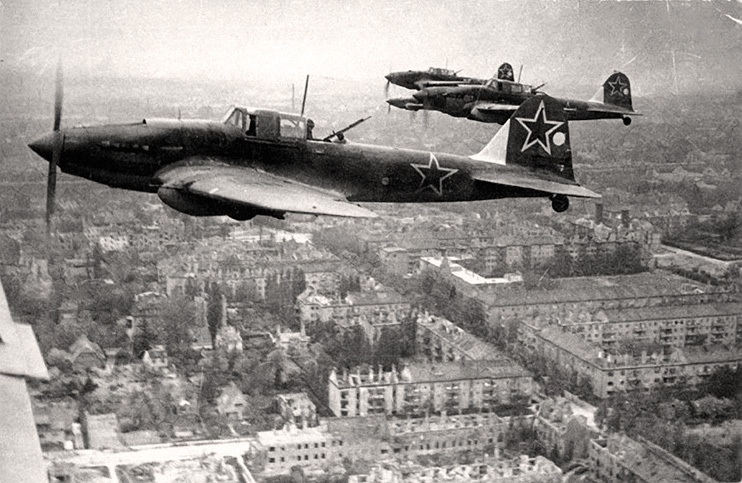 
Oh, you probably wanna know why it's known as the 'Flying Tank', huh? Simply put, it was heavily armored and could take a great deal of punishment. Despite this, however, losses were high, apparently the highest of all Russian aircraft, with more than 10,700 being destroyed over the course of the war. More than 36,000 were built, though... so the Russkies could afford such losses.