Today we continue our sojourn within the domain of the Skyhawk and bring you two photos which show jets of VA-81 'Crusaders', embarked on USS Forrestal (CV-59) as part of Carrier Air Group 8, during a Mediterranean cruise in 1962.


First up is this view of A4D-2 BuNo.144912 moments after trapping aboard Forrestal. 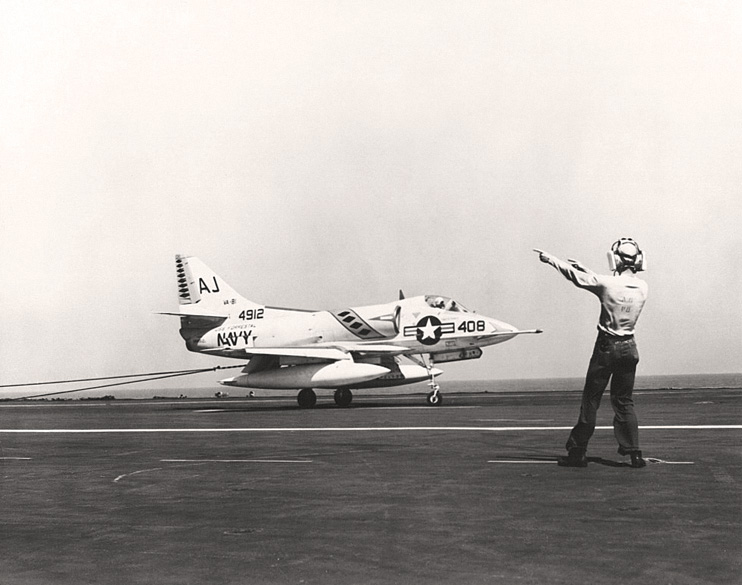 US Navy photo via navsource.org


And in this second photo we see A4D-2 BuNo.144919 moments before launching from the forward port cat of Forrestal.
Note the AGM-12 Bullpup missile carried on the centerline... 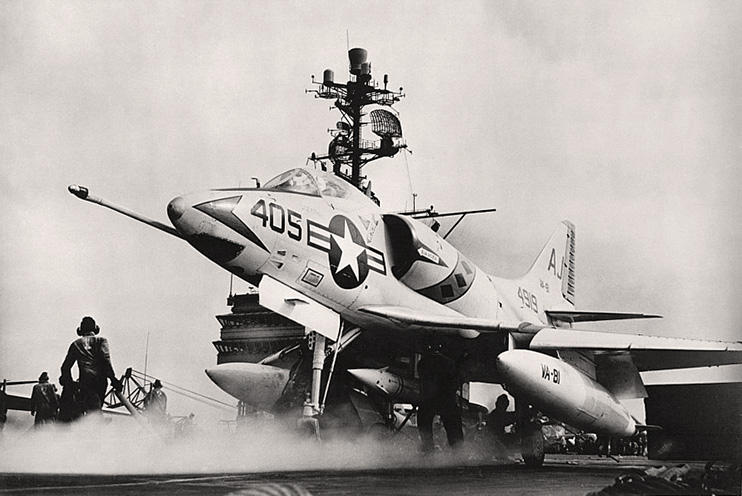 US Navy photo via navsource.org


With the changes made to the USA's military aircraft designation system in 1962, these A4D-2s would be re-designated as A-4Bs... within a year the US Navy's Carrier Air Groups would be officially referred to as Carrier Air Wings, and VA-81 would be renamed from 'Crusaders' to 'Sunliners'.