The North American P-51 Mustang was arguably the finest piston-engined pursuit ship produced and fielded by the U.S.A. during the Second World War. So it may come as a surprise to some that this fighter was not originally intended for use by the country in which it was designed and manufactured.

Early on in the European war, Great Britain had two excellent fighter aircraft in service... the Hawker Hurricane and Supermarine Spitfire. In capable hands, both were quite the match for their enemy counterparts but, as it was still early in the game, neither was available in great enough numbers to satisfy the needs of a Royal Air Force at war on multiple fronts. So the Brits turned to the U.S.A. for help, acquiring a number of American-built types for use by the RAF. Among the pursuit types chosen were the Bell P-39 and the Curtiss P-40. Of these two, the Brits found the P-40 to be far more desirable and were looking to order more than the Curtiss production lines could handle at the time. So a search was started for another firm that could manufacture the P-40 under license specifically for Great Britain. North American Aviation, which had been building their NA-16 'Harvard' trainer for the Brits, was approached with said proposition...

NAA: "Oh hey, the Brits are calling. Maybe they wanna buy more trainers. Heck, maybe we can get 'em to buy B-25s, too."

NAA: "You in the market for a medium bomber?"

Brits: "No. Well, maybe later, chaps. Right now we have a problem. Curtiss had to open a second factory just to keep up, so we want someone else to build more P-40s for us. Is that you?

NAA: "We can make a better fighter than the P-40. Real quick-like."

Brits: "How quick is quick?"


Okay, so maybe it didn't go exactly like that, but you get the gist.

Anyhoo, North American designed and built the airplane, known as the NA-73X, in 102 days... albeit without an engine. The NA-73X was to be powered by an Allison V-1710... the same basic engine used by the P-38, P-39, and P-40. As aircraft engines were 'government-supplied equipment' and the NA-73X was not a government project and classified as a 'private venture', production of the three pursuit types mentioned took priority and delivery of an Allison for the new airplane didn't take place for another month. 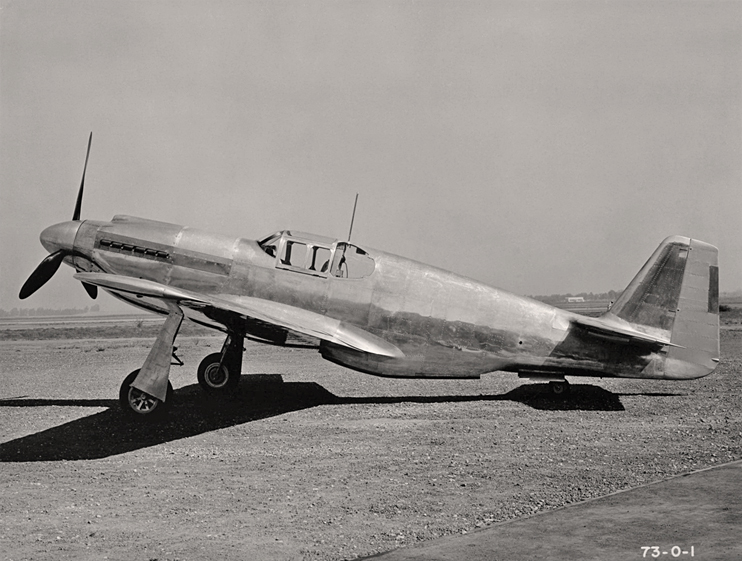 
In early October of 1940 the engine, a non-supercharged 1100HP V-1710-F3R, was finally delivered, with the first flight taking place on the 26th with veteran test pilot Vance Breese behind the stick. North American had not only delivered the prototype ahead of schedule... during this flight the NA-73X proved to be 25MPH faster than the latest model of the P-40, providing the first bit of evidence that the company was also going to deliver on its promise of producing something better than the P-40. 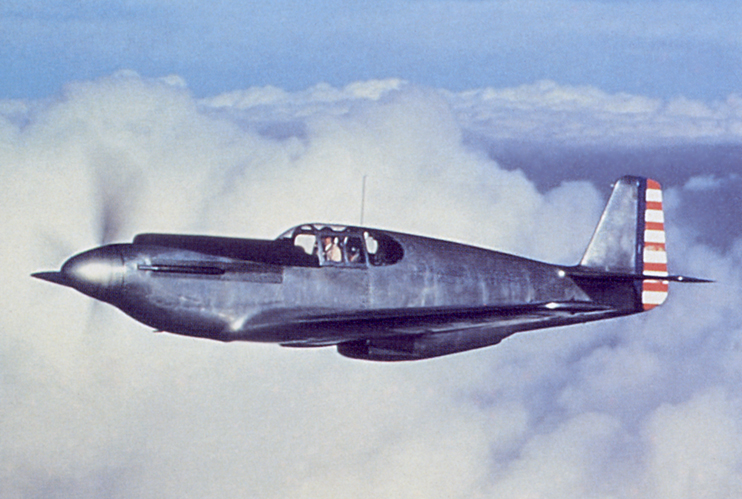 
Disaster struck on November 20th, 1940 during the fifth test flight. NAA Chief Test Pilot Paul Balfour, who was flying the NA-73X for the first time, made an oopsie, forgetting to switch fuel tanks. The engine conked out and, about twelve minutes after takeoff from Mines Field, California, the ship came to rest on its back in a farmer's field. Balfour was undoubtedly shaken, but otherwise unhurt. 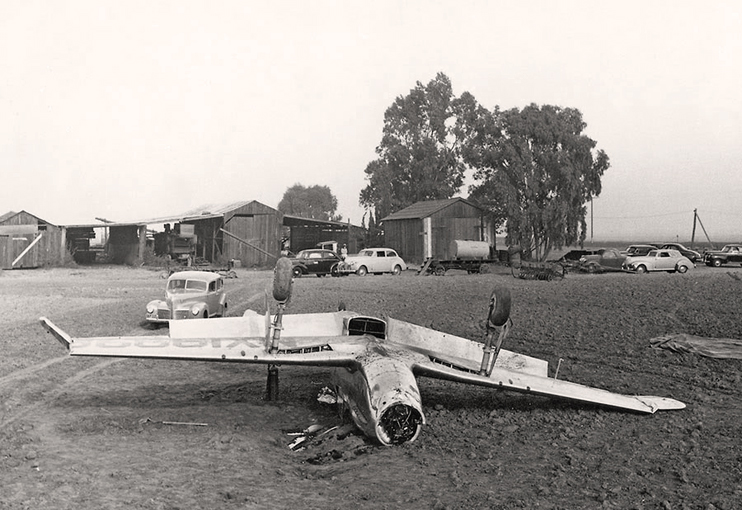 
Though the NA-73X was out of action for several months, the program was not significantly delayed because the incident was caused by pilot error and not due to any fault in the aircraft itself.

Incoherent rambling by Hawk914 at 6:13 PM No comments:

With this installment of TWW, we continue a series that we like to call 'So Ugly Only a Mother Could Love It', or, 'That Thing Flies?'.

The Vickers Wellesley is hardly what anyone would call 'beautiful'. To be quite honest, in your blogmeister's opinion, it's pretty freakin' ugly. We here at TWW can't imagine that anyone actually designed this thing to look as it did, so here's our take on how the Wellesley came to be:

One day in 1934 a Vickers design engineer was sitting in the back garden, partaking in some tea and crumpets, or... whatever... just enjoying a day off, when his rambunctious little pain in the arse son came outside with a dozen different model planes he'd built and proceeded to blow 'em all to smithereens with firecrackers, utterly shattering the idyllic atmosphere that his father was so blissfully taking in. As the startled and irked father was about to suggest to the beastly little brat that he clear off, the kid began assembling all the unscathed bits and pieces together to make a totally new and different airplane. He then handed it to his father, said, "make a real one, daddy", and skipped away with his eye on the neighbor's cat. Totally dumbfounded by the unexpected creativity demonstrated by his son, the Vickers dude sat back, lit a pipe, and said in a half-whisper to himself, "By jove... cracking, my boy."

Well, the actual circumstances were undoubtedly somewhat different. But when you look at the following photos you should be able to see how it could have happened that way.

Anyhoo, by the time war erupted in Europe in 1939, the Wellesley was beyond obsolete even though it was just a few years old. It had been replaced in the RAF's home-based squadrons by newer and more capable types, but was still soldiering on in quieter areas such as the Middle East, and indeed took active part in the East African Campaign against the Italians, suffering some losses to Italian fighters. The last role played by the Wellesley before finally being retired for good in September of 1942 was that of maritime reconnaissance over the Red Sea. 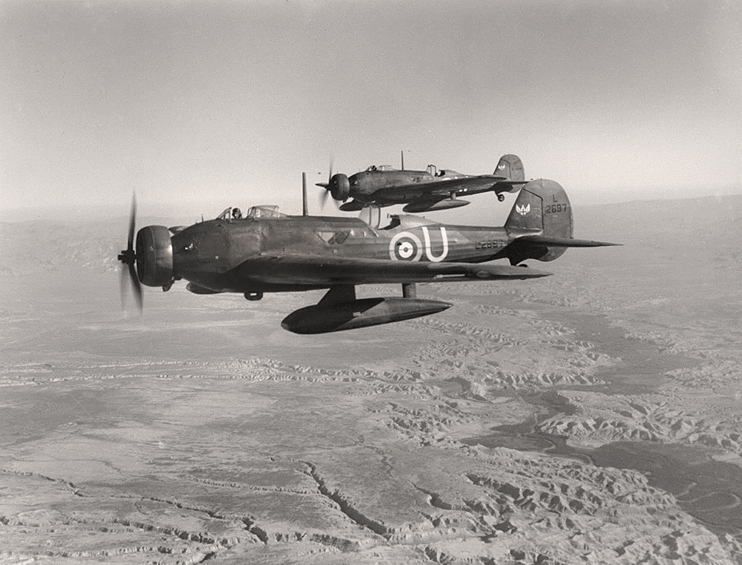 May 15th, 1941... seventy-five years ago to the day... a Wellesley kicks up a trail of dust during takeoff from an Ethiopian airfield. 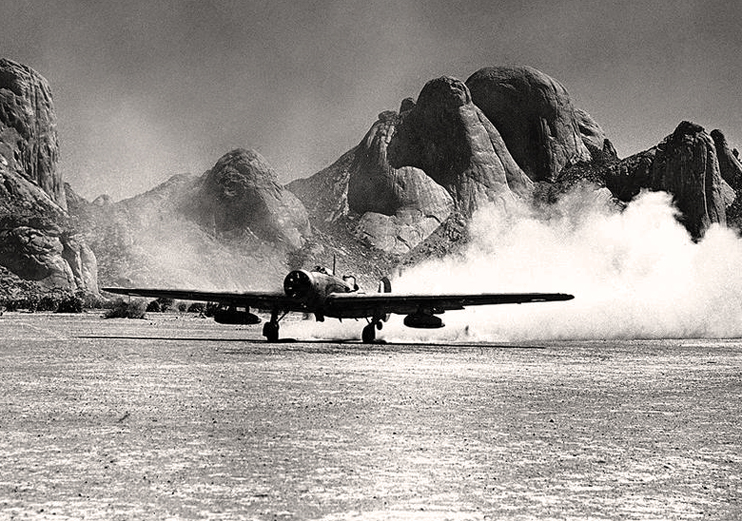 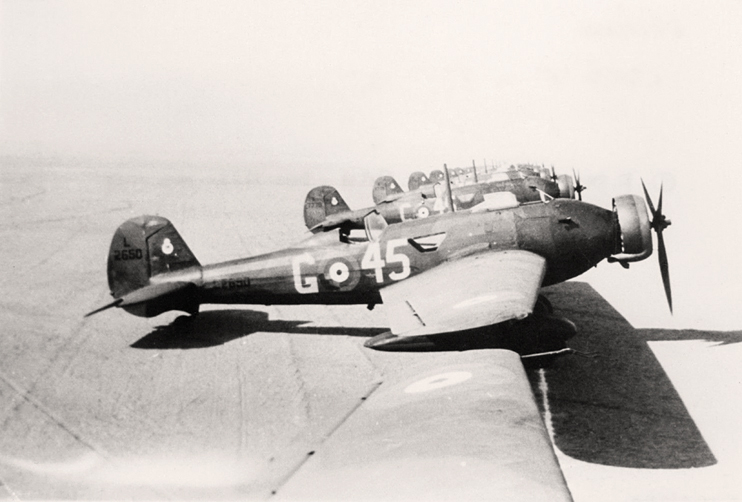 The Cat From FITRON ONE ONE FOUR

As you, the readership of half-a-dozen or so may recall, your blogmeister kinda likes the Grumman F-14 Tomcat... and he's mentioned that you'll be seeing pix of the Tom now and again. So now, again, here's a Tomcat. This time it's a 1970s shot of the CAG jet from VF-114, the 'Aardvarks'. Enjoy... 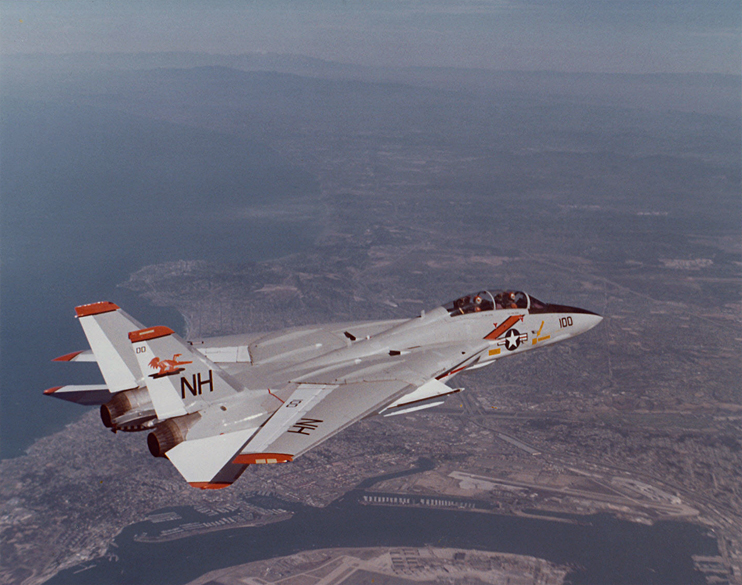