For our little cyber-rag's first installment of the new year we bring you a striking photo which has fascinated your blogmeister since his childhood and which helped foster an intense interest in nocturnal aerial combat which persists to this day.

First seen by yours truly on a postcard purchased at an airshow, this super-groovy photo from early 1942 shows a Hawker Hurricane Mk.IIc flown by Squadron leader Dennis Smallwood, C.O. of 87 Squadron, RAF. During the Battle of Britain 87 Squadron was busy both night and day, eventually becoming one of the first dedicated night-fighter outfits of the RAF. It is this role for which the squadron is best-known, and the reason that this Hurri is finished in the all-black paint scheme referred to as 'Special Night'. 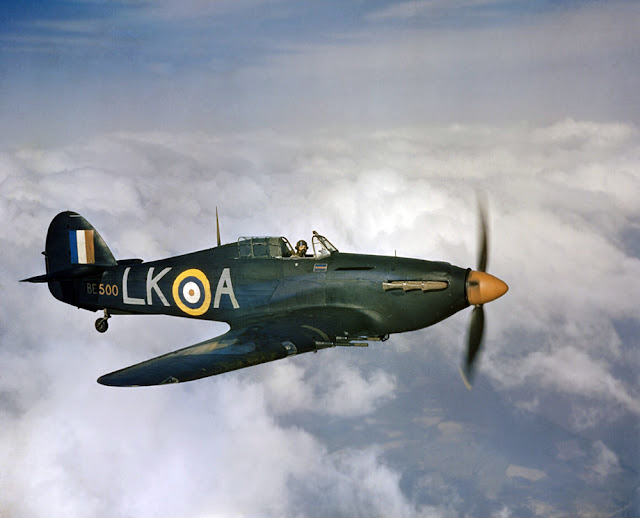 Incoherent rambling by Hawk914 at 2:40 PM No comments: