Phantoms of the Coonass Militia

Today we present a few photos from the early 1980s that show F-4C Phantoms of the 122nd Tactical Fighter Squadron, 159th Tactical Fighter Group, Louisiana Air National Guard... otherwise known, back then, as the 'Coonass Militia'. (Today the outfit flies F-15s and, due to the ever-expanding infestation that is political correctness, has been re-named the 'Cajun Militia'.) 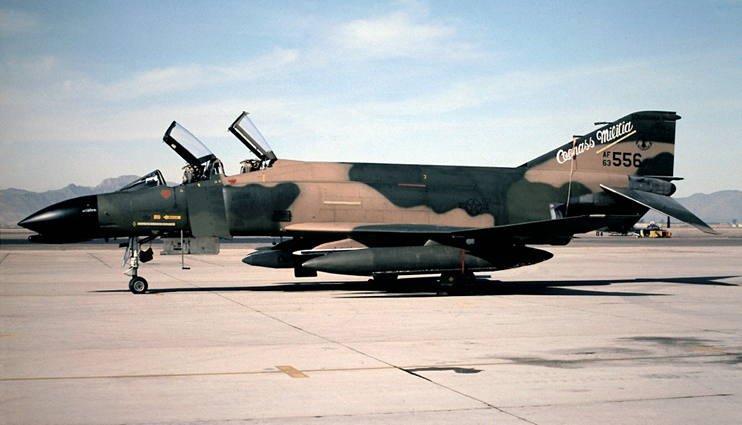 
Some of the 122nd's F-4s were painted in experimental gray camouflage, presumably for their participation in a 'Red Flag' exercise.
Here's one example... F-4C 64-0852, also photographed at Luke AFB in March of 1983. 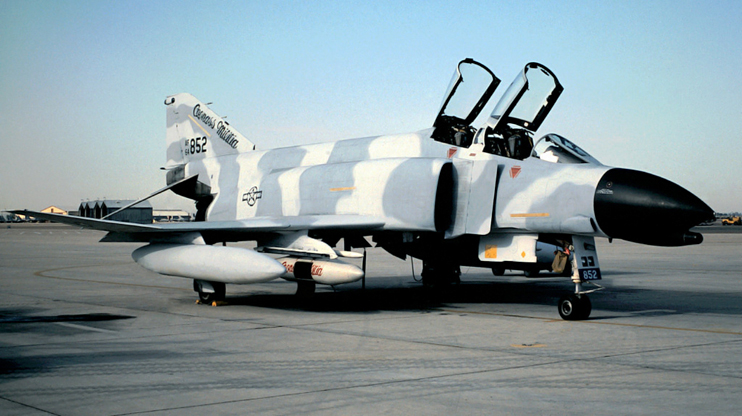 
Here's an earlier photo of '852', taken on August 27th, 1982 at Keflavik, Iceland while the 122nd was TDY to cover for Keflavik's resident 57th FIS, which was participating in the 1982 'William Tell' competition. The jet wears the-then standard SEA camo scheme and the 'Louisiana' fin flash is clearly visible. 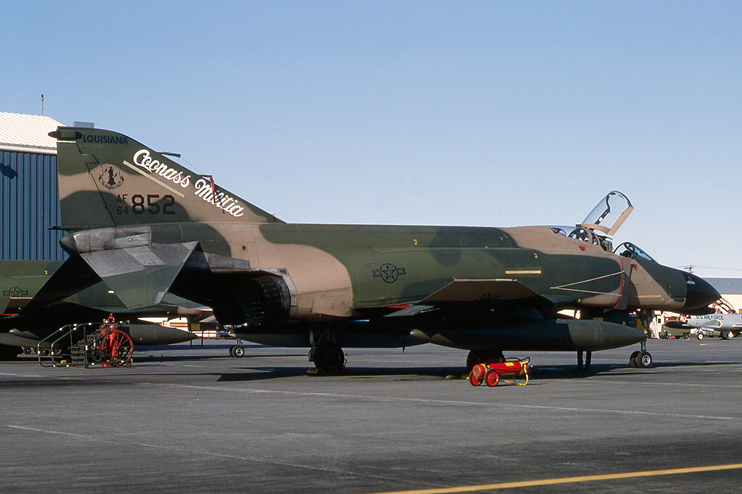 
Here's another gray jet from 1983, this time F-4C 63-7637. The 'Coonass Militia' tail marking has been painted over and an unusual variant of the U.S. national insignia (which will undoubtedly be of great interest to model builders and researchers) has been applied to the fuselage... 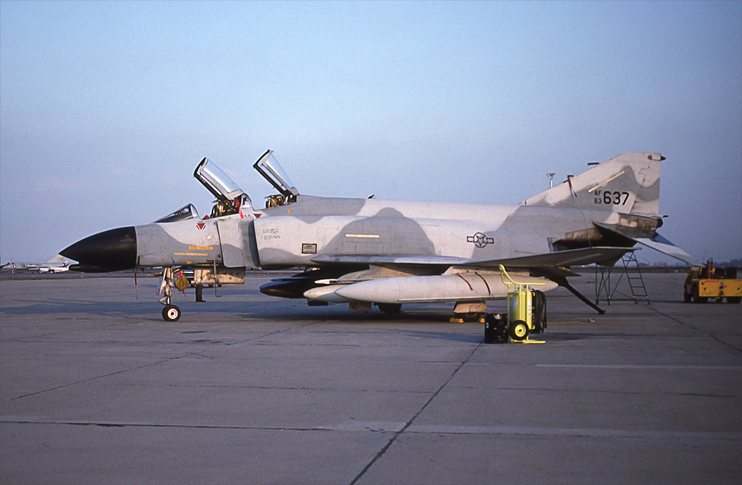