This fine family portrait of Carrier Air Wing Five's CAG birds and one of the CODs was snapped in April of 2007, with Fujiyama providing a fine backdrop.

Here's the official US Navy caption: 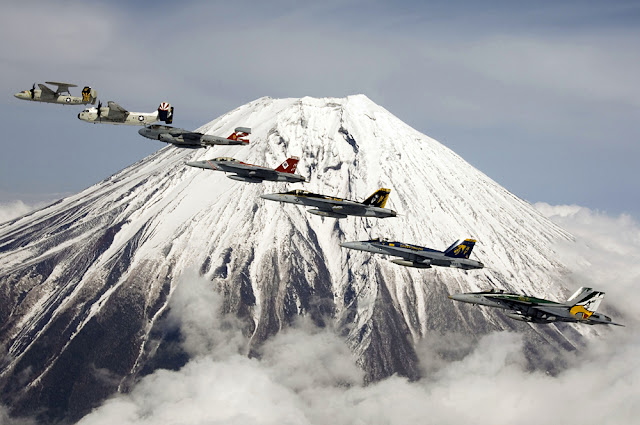 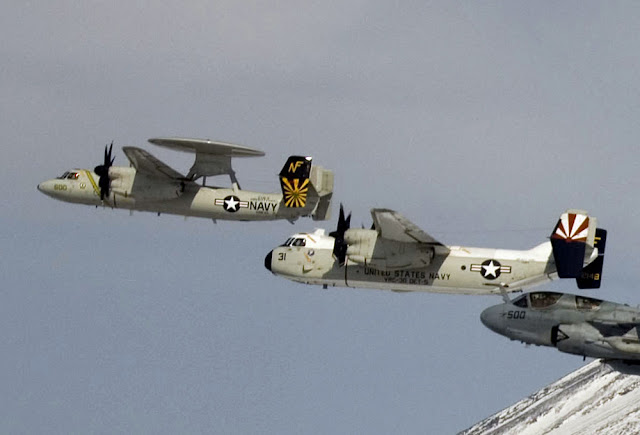 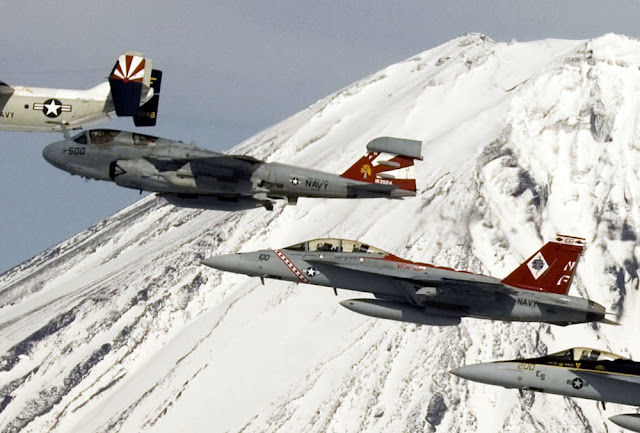 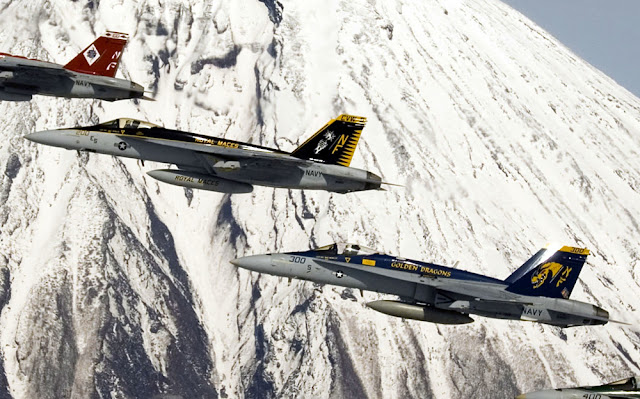 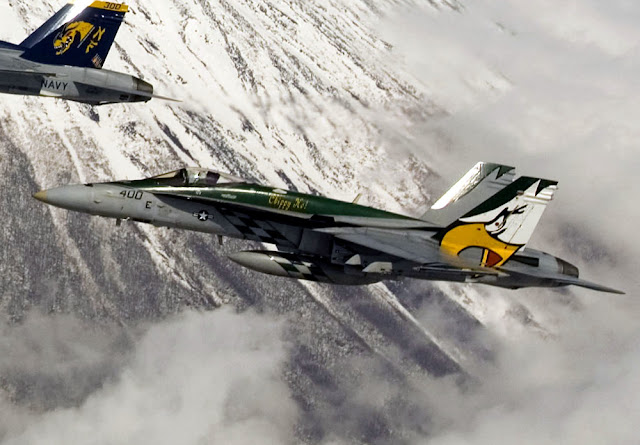 In this installment of our little cyber-rag, we continue a running series on mascots with this fine shot of a Luftwaffe 109 driver, who we shall refer to as Hans, and his poochie, who we shall refer to as Maximillian. Now, your blogmeister is no authority on poochie body language but, for some reason, he can't help thinking that Max looks somewhat less than enthused about the whole situation in which he finds himself... 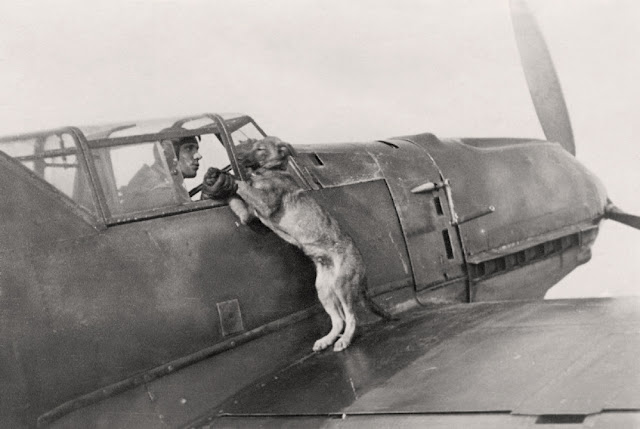 Incoherent rambling by Hawk914 at 7:31 PM No comments: