Hawg Puttin' on the Hurt

Today we bring you an old Fairchild-Republic PR photo showing an A-10 firing its BAMF 30mm gun, the GAU-8 Avenger... 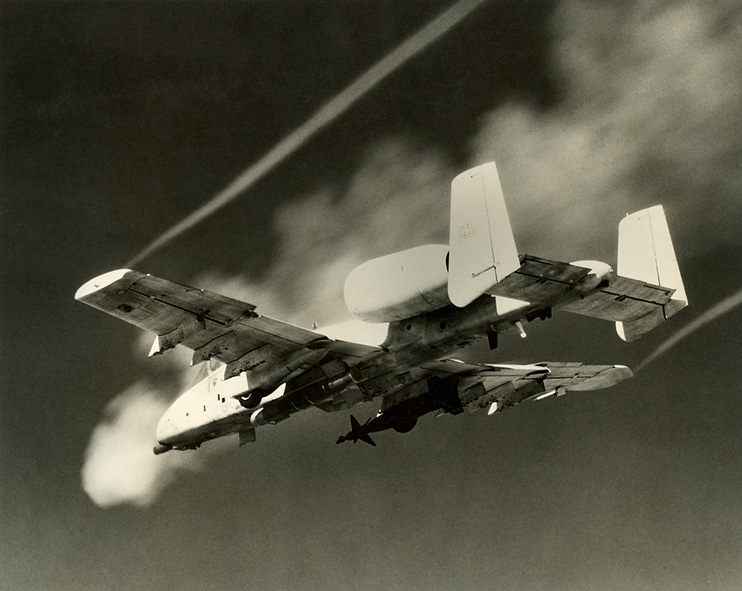 Incoherent rambling by Hawk914 at 2:57 AM No comments:

Another quickie today... 'tis an absolutely b-u-t-full shot of an S-3 Viking. 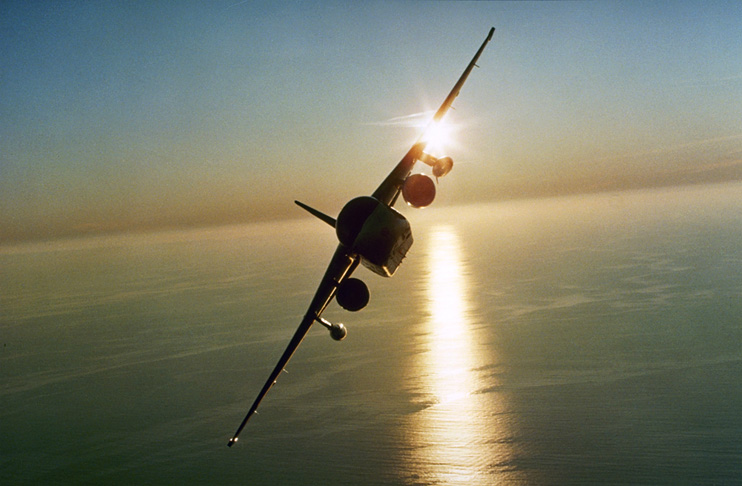 Incoherent rambling by Hawk914 at 2:35 AM No comments:

A quickie today... we have no info for this shot other than it shows three Spitfire V trops, and appears to have been taken from a Harvard. 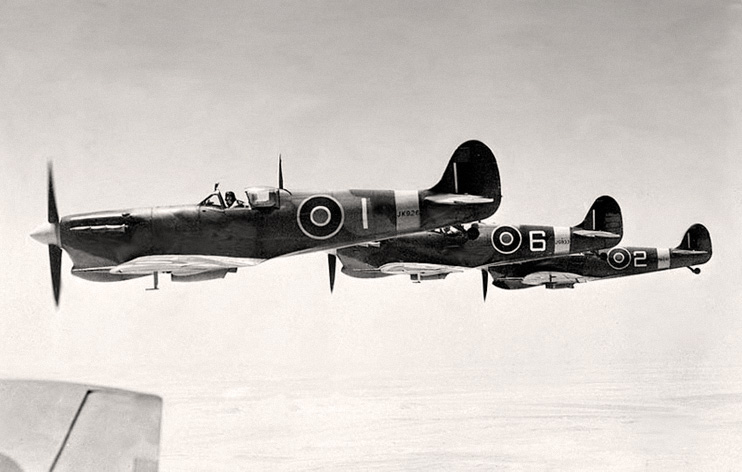 Incoherent rambling by Hawk914 at 2:47 AM No comments: 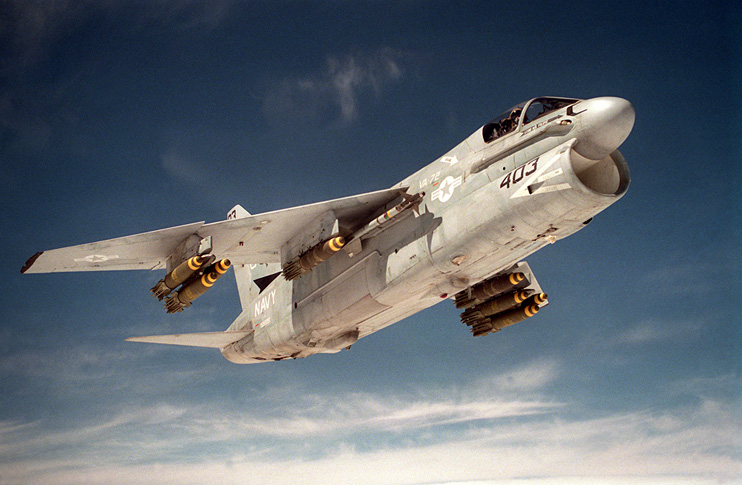 
Two days after this photo was taken the fighting stopped, effectively ending the SLUF's final curtain call in service with the U.S. military. Upon arrival back home a few months later, the last of the U.S. Navy's SLUFs were retired from front-line service. Specialized variants of the A-7 continued to serve a while longer in training and support roles, but her combat days with the Navy were over.

Today on 'TWW' we bring you a neat shot of three wrench-turners from the 12th FBS, 18th FBG with one of their charges during the Korean War.

From the reverse of the photo:

"This is one of the planes we had to fix up. From left to right the fellows are Clark - Jhon - Rosey" 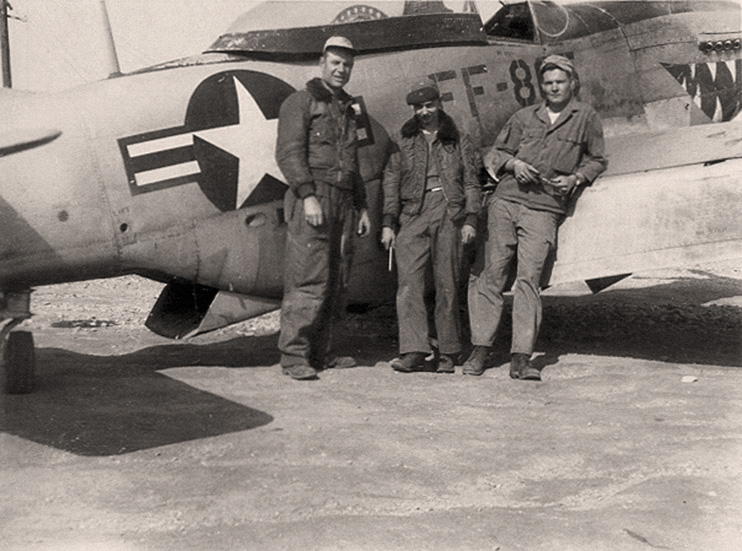 The following was overheard at Phan Rang Airbase in July 1966... 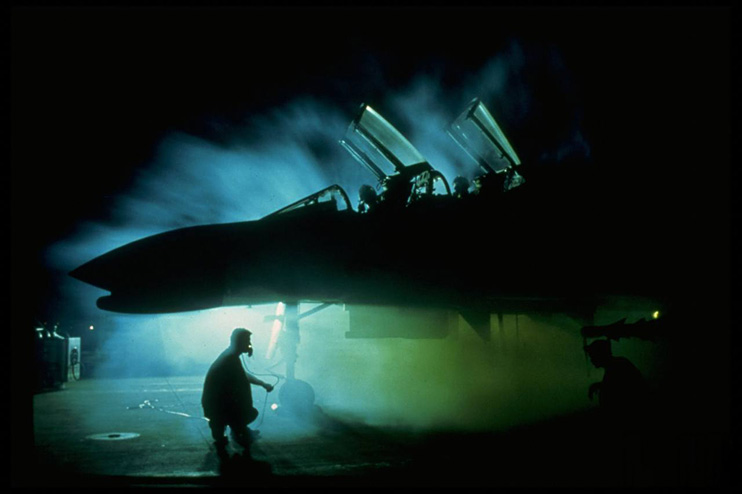 We warned you in the past that you would be seeing the Grumman F-14 here fairly frequently.

Here's a pair of Bedevilers F-14Bs photographed at NAS Oceana in December of 1993 by Photographer's Mate Second Class Bruce Trombecky. The VF-74 CAG and Skipper's jets were decked out in super-groovy Russian-style camo schemes, applied for their participation in Red Flag. Of note, and perhaps a worthy challenge for some of you diorama-building modeler types out there, is the ice buildup on each jet... 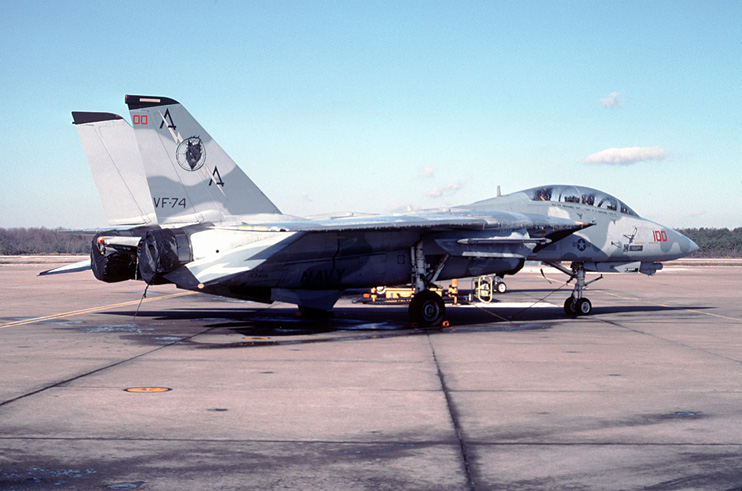 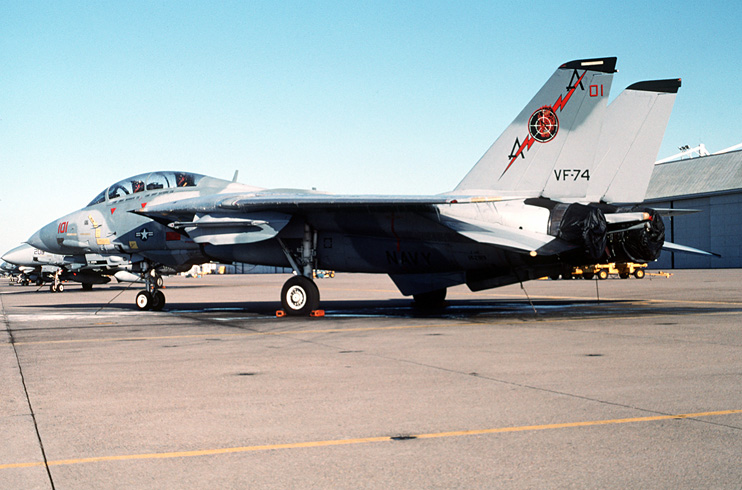 
On Sunday August 1st, 1943, 177 B-24 Liberators from five bombardment groups of the USAAF (44th, 93rd, 98th, 376th, and 389th) departed their bases near Benghazi, Libya and headed out over the Mediterranean Sea for an operation named 'Tidal Wave'. Their target: the oil refineries of Ploesti, Brazi, and Câmpina in Romania.

Intended to put a significant dent in the enemy's oil and fuel production, and flown at very low-level, which was highly unusual for heavy bombers, 'Tidal Wave' was one of the most audacious operations to be planned and executed by the USAAF during WWII. And it was their most costly single mission up to that date. Bad luck, weather, navigational errors, botched coordination, and effective enemy defenses led to the loss of more than 50 aircraft to enemy action, and more than 530 aircrew killed, wounded, taken prisoner, interned, or missing.

Many of the aircraft that made it out of the target area were so badly damaged that they had to divert to alternate airfields, or wound up ditching in the sea. Some came down in neutral Turkey, where the aircraft were impounded and their crews interned. Of the 88 aircraft to return 'safely' to their home bases, only 33 were not damaged to any significant degree. Some of the other 55 were so badly damaged that they were considered beyond economical repair and would never fly again.

Among the many decorations for bravery and valor awarded as result of this mission were five Medals of Honor... three of which were posthumous.

There could easily have been many more.


Though it led to a more concerted effort to deny the enemy its oil and fuel reserves, this mission, while causing a good bit of damage, was described in a subsequent appraisal of its effectiveness as having caused "no curtailment of overall product output". The Romanian oil refineries had previously been operating below their maximum output potential, but were able to increase their output after repairs were effected... repairs that went quickly and without interruption, because the losses incurred by the attacking force of B-24s were so great that any sort of immediate follow up attacks were out of the question. So, in the end, 'Tidal Wave' was considered to be a failure.


There is much more to this story but, although your blogmeister likes to tap the keyboard quite a bit, it would take considerable time and effort to produce any more than the bare bones general outline presented above. And besides, that's what books and full-blown websites are for... and there have been a good number of those written and created on this subject already.

So, until your blogmeister decides to write a book or build a website about 'Tidal Wave', we shall let the following images do most of the rest of the talking for this installment of 'TWW'... 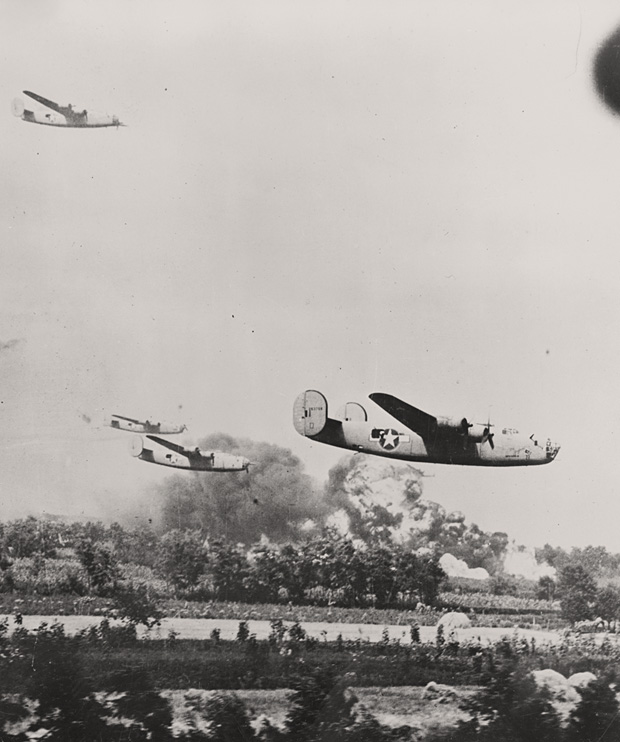 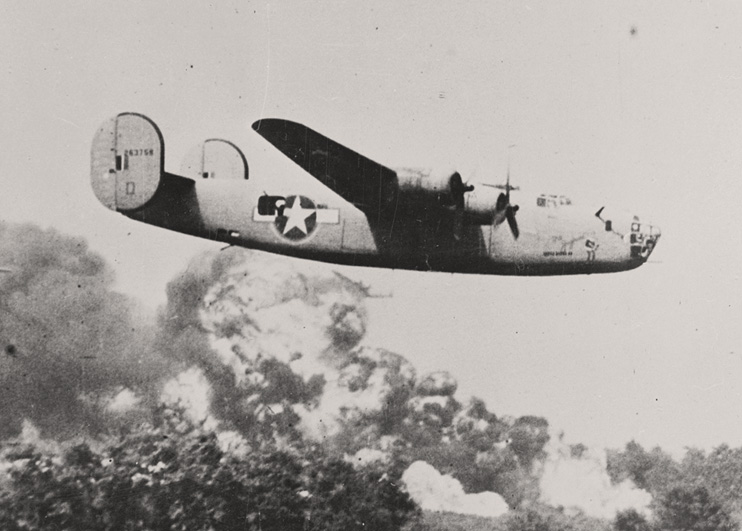 Here's a painting by Roy Grinnell titled, 'Remember... Returning is Secondary'. It depicts 'Hell's Wench', a B-24D, serial 42-40994, of the 328th Bombardment Squadron, 93rd Bombardment Group shortly before her demise. Lt. Colonel Addison Baker, C.O. of the 93rd BG, and Major John 'Jack' Jerstad were at the controls... both were awarded the Medal of Honor posthumously. Go HERE to read more... 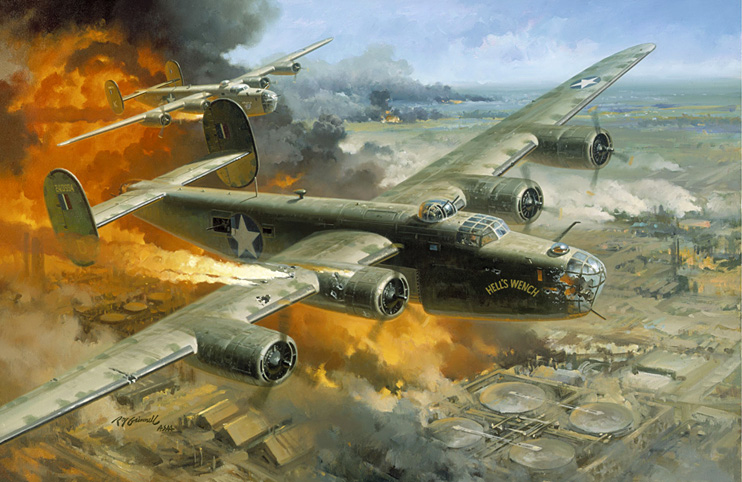 A few more photos from that day... 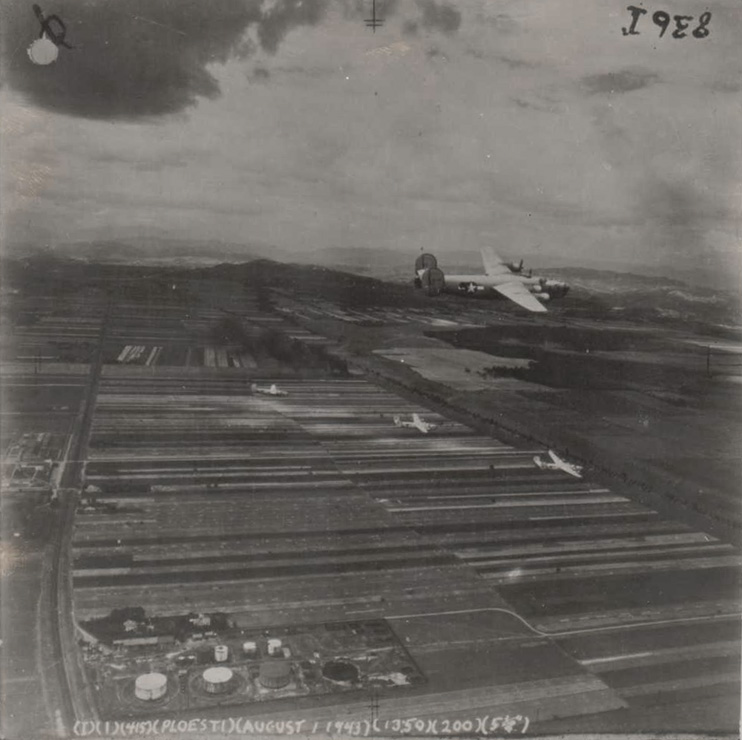 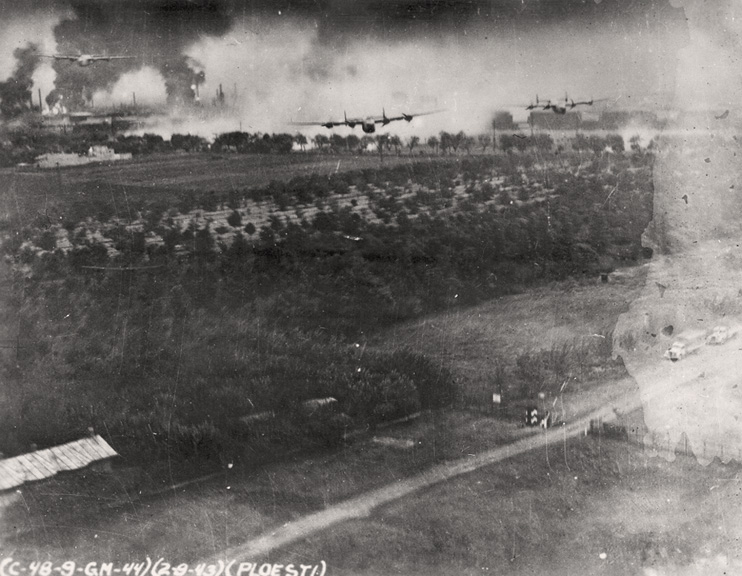 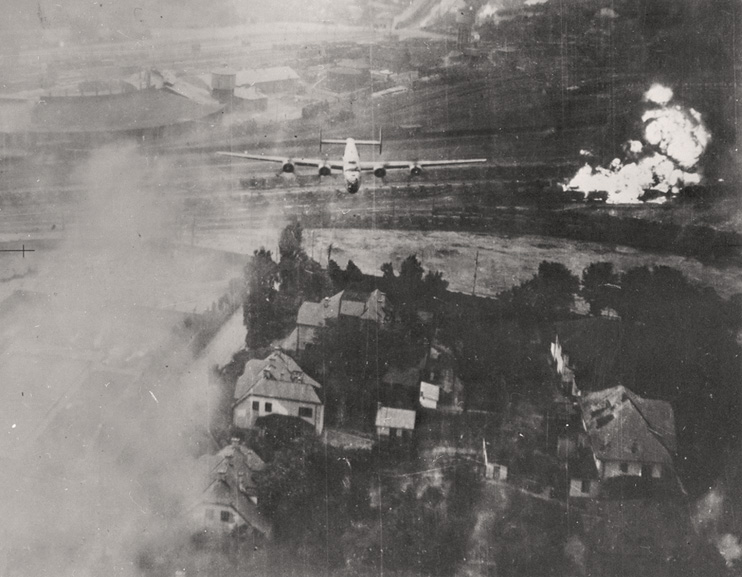 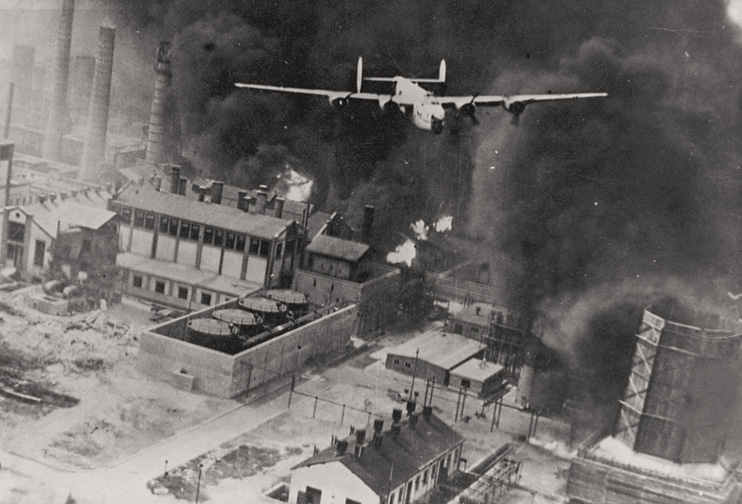 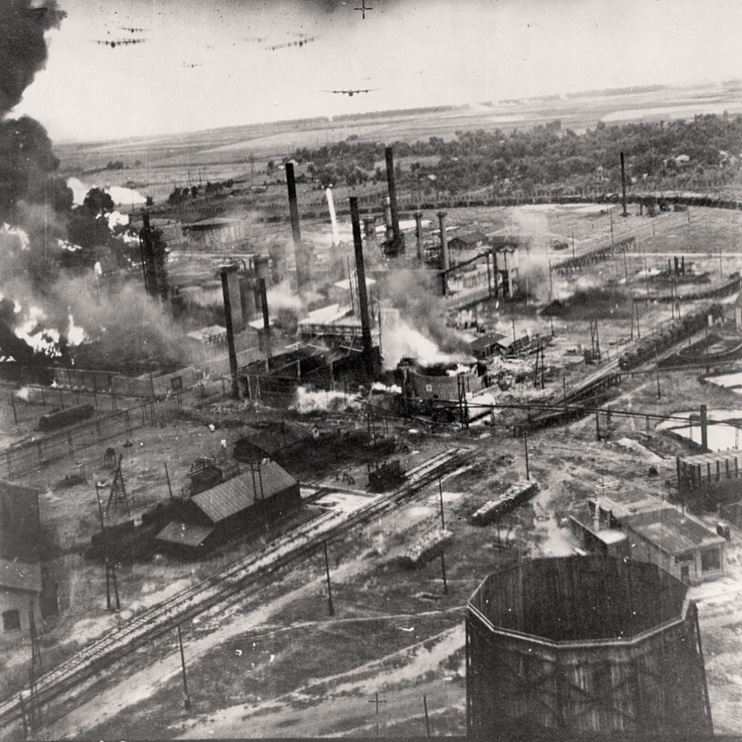 Incoherent rambling by Hawk914 at 8:53 PM No comments: