Today we present a pikshur that is well-known to those who dig Soviet aviation of the Great Patriotic War. 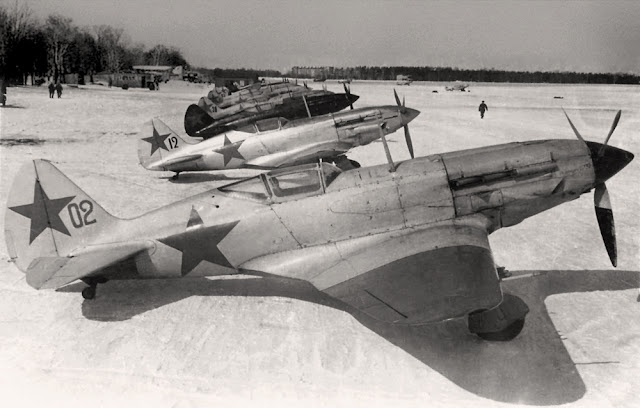 For the model builders out there and/or for those who simply appreciate colors and markings... contrary to decades of popular belief, the outer wings of the ship closest to the camera were undoubtedly not red, but green. More info on that HERE.