Today we present a plain 'ole nice shot of what some regard as the greatest transport aircraft in aviation's short history... the Lockheed C-130 Hercules.

Also known as the 'Herk'.

This particular Herk is C-130E 63-7788 of the 36th Tactical Airlift Squadron. The 36th was part of the 62nd Military Airlift Wing and flying out of McChord Air Force Base when this photo was taken on May 9th, 1978. Oh, and that huge pile of rocks in the background is Mount Rainier. 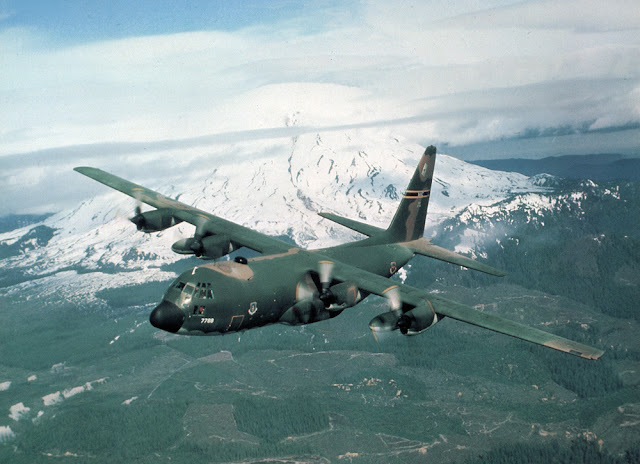