Cleaning up a MESSerschmitt...

Here at TWW we usually prefer to present images that are... well... presentable. To that end, your blogmeister will often spend a fair amount of time working on the images posted here, dollin' 'em up to look nice and spiffy for your viewing pleasure. So today we're doing something a bit different, and are offering up a little 'before and afterage', to give you, the readership of right around half-a-dozen, an idea of some of the schtuff that goes on 'behind the scenes' at this cyber-rag.

Your blogmeister started with this scan of a photo showing a Messerschmitt Bf 109G (or Me 109G, if you prefer... both are correct, no matter what your buddy who thinks he knows all about Luftwaffe Flugzeuge tells you) from an unknown (to us) Jagdgeschwader. Whatever the outfit, it looks like this Gustav is decked out in a pretty cool looking field-applied camo scheme. 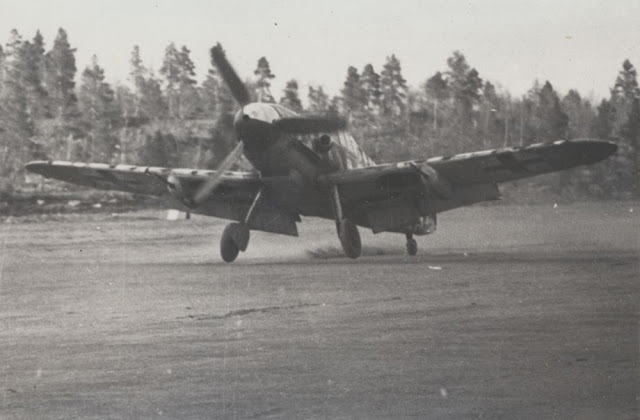 After a little bit-o-fiddlin' with his freakin' oooooooold but still-more-than-sufficient copy of Photoshop CS2, your blogmeister produced this image, which is way more than a bit more-gooder-lookin' than the original. To his rapidly aging eyes, anyway. 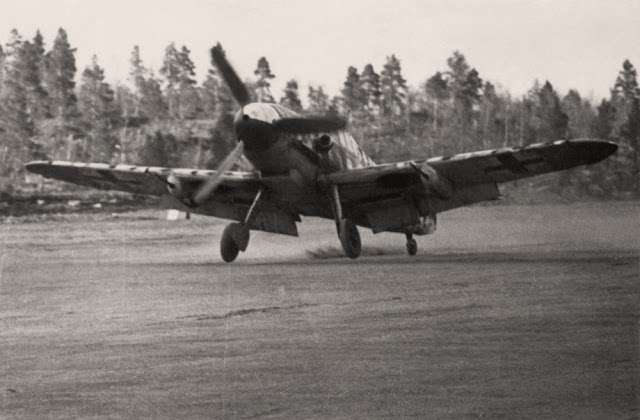 Project 914 Archives
We're not gonna go into great detail as to how this was achieved, we'll simply say that your blogmeister adjusted the levels for better contrast, and that a fair amount of cleanup was done to remove most of the unsightly stuff from the image. (For any photoshoppers out there, your blogmeister's tool of choice for that task is the 'Healing Brush'.) Many if not most folks might think that scratches are to be counted as 'unsightly stuff', but your blogmeister rather likes some of them and will often leave them untouched, as he thinks they lend a certain character to many old photos. The finishing touch was to flood the image with a bit of sepia via the 'Photo Filter' and then end with a small amount of sharpening with 'Unsharp Mask'. Not too much, though... a little sharpening, and everything else involved, can go a long, long way.
Fade to Black...
Incoherent rambling by Hawk914 at 11:00 PM