Spirits and Astronauts in Cuba

Today we bring you a couple'a shots showing US Navy jets at NAS Guantanamo Bay, Cuba during February of 1960.

VF-33 'Astronauts' and VA-76 'Spirits', flying the Grumman F11F-1 Tiger and Douglas A4D-2 Skyhawk respectively, were both part of Carrier Air Group Six (CVG-6), normally embarked aboard the 'Fighting I', USS Intrepid (CVA-11). We're not sure of the circumstances that led to these usually sea-faring birds taking roost on terra firma in Cuba, or even the exact location shown in the photos, but the latter would be either McAlla Field or Leeward Point Field. (A quickie digging session on the interwebz indicates that it may have been Leeward Point, as McAlla seems to have closed during January of 1960.)

Other aircraft shown are Vought F8U Crusaders from what looks to be two USMC squadrons, though we're not sure which at the moment, at least one recce Crusader (whose outfit is also currently unknown to us), and some North American FJ-3 Furys from NAS Guantanamo Bay's resident Utility Squadron Ten (VU-10).

Anyhoo, that's about all the commentary your blogmeister is prepared to offer. We'll let the pikshurs do the rest of the talking. Enjoy... 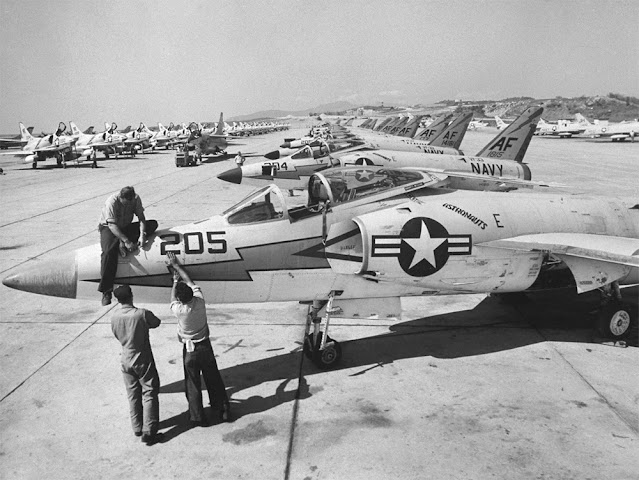 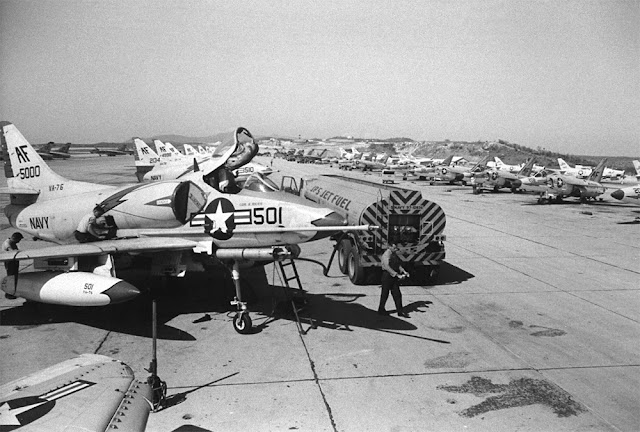